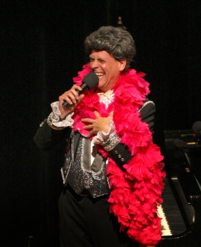 Having played a wide assortment of musical comedy characters on stages throughout the country (Fred Astaire, Liberace, Elvis, Ed Sullivan and many others) - together with his singing, piano and dancing skills - Brian is a bona fide Theatrical Entertainer - knowing how to "pull together" the vital elements of a live production to deliver the most powerful and unforgettable entertainment experience. 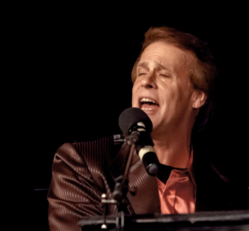 "What makes this show such a crowd-pleaser is not just the incredible skill of Brian at the piano, but the way Brian takes a song very familiar to the audience and turns it around so suddenly it becomes a contemporary jazz piece or a concerto." 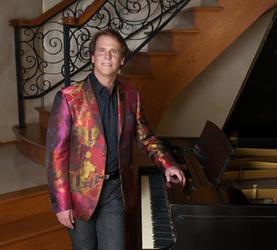 "The creativity he injected into the music made the music even better than the original composition.  Truly magnificent!" 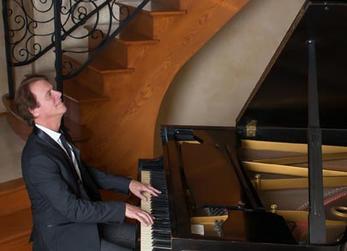 His early performing experience includes many premier resorts, hotels and piano bars in the Northeast as a young solo pianist, five years in a five-piece dance band and four years in the Woodstock, Vermont Jazz Quintet playing be-bop to contemporary jazz.  Under the direction of Broadway actress, Karen Shepard, Brian and his wife, Joey, wrote and created many popular musical comedy reviews while running and operating their own theater in Southern Vermont.  In total, Brian has created and starred in over 15 different musical stage productions - continually morphing into a more diverse and eclectic performing artist.

Brian was born and raised in Lebanon, New Hampshire, and began studying classical piano at the age of six.  His gift of perfect pitch was discovered by his father one day when Brian asked, "Why is the lawn mower running in the key of G?"  By the time he was eight, Brian was delighting his classmates and friends, playing by ear many popular melodies he heard on radio and television, much to the chagrin of his piano teacher, he began sneaking in rhythmic and melodic embellishments to his renditions of Chopin and Beethoven.  He studied classical piano throughout high school while continuing to investigate other genres.  By the time he was 19, Brian was making his full-time living as a pianist and gradually expanded his artistic horizons to include ragtime, jazz, blues, pop, rock, Broadway, Latin and other styles.  Brian has more than 10 years of vocal training as well as drama, jazz piano, jazz dance, and tap dance training in the Boston, MA area.  In a review written in the Asheville (NC) Citizen Times, Brian was described as "a combination of Liberace, Vladimir Horowitz and Roger Williams."

Who is Brian Garrett Gurl? AN ORIGINAL. 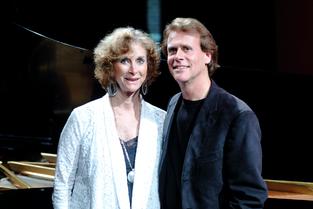 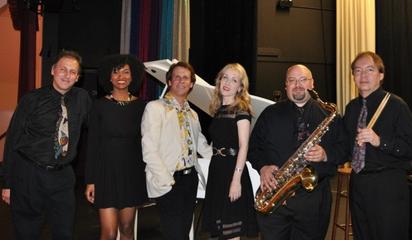 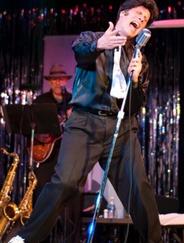 Brian is a dynamic vocalist who can touch a tender spot with Smile, "get down" with Birth Of The Blues, soar with The Impossible Dream, tell a moving story with Piano Man, inspire with You Raise Me Up, have fun with Elvis, and transform into a "wild child" - with a burning hot rendition of Great Balls Of Fire.  Now THAT's versatility.

The focus of Brian's shows is primarily on traditional American popular musical styles - together with a striking mosaic of influences - morphing and fusing these styles into something uniquely his own while utilizing and showcasing the full artistic skills of his fellow performers.  Enjoy the ride.

​Rather than presenting a series of songs - as in a typical concert - Brian's shows are skillfully molded into a "full on" ADVENTURE with artistry, imagination, intriguing stories, humorous surprises, interesting contrasts and unmitigated joy!  Surrounding himself with top-notch musicians and talented performers, Brian generously shares the spotlight with his fellow artists - enhancing the "lift" beneath the wings of his music. 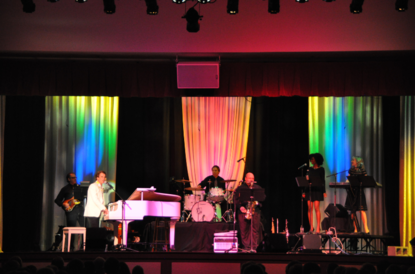 "Brian is extremely versatile with seemingly limitless energy.  What struck me the most was his engagement with the audience, as if he were singing to his best friends."

Like an award-winning "Master Chef," Brian serves up a delectable smorgasbord of musical styles - from classical and semi-classical to jazz, blues, ragtime, gospel, rock, fusion, pop, Latin, and new age - blending and sautéing these genres with a bevvy of savory musical spices and "serving it up" with pure class.  The experience is in a word vivid. 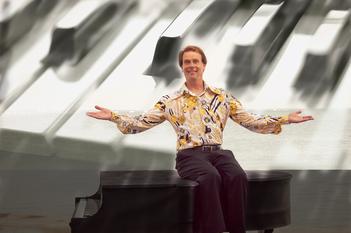