A Study in Transformation

"Brian's creativity made the music even better than the original!  Truly Magnificent!" 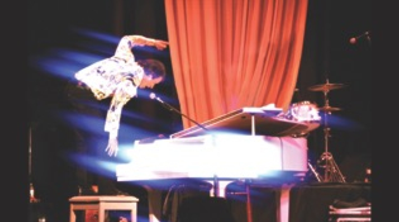 ​Brian's rendition of Eleanor Rigby is a prime example of the riveting musical power, creativity and sense of humor that Brian brings to his arrangements.  Taking a journey from "new age" introspection, Eleanor Rigby then bursts into jazz/rock fusion with the driving melody leading into jazz improvisation, then morphs into swing with an unexpected visit by the theme of the Pink Panther!  Then it's back to a lilting melody before a final explosive burst of energy for the finale.  You have to experience it to believe it.

Could It Be Magic is more than a musical tribute show.  It's a Creative Masterpiece.  Rather than focusing on precisely tailored "sound-a-like" arrangements and exact impersonations, this engaging show soars into flight - featuring powerful, beautifully rendered and exciting new twists on the songs of these great legends - while still honoring the brilliance of their music.

Led by Brian's vivid imagination, heart-throbbing arrangements and sheer energy, Could It Be Magic is a breath of fresh air in the world of pop music shows - taking the audience on an exhilarating musical adventure - honoring songs like Mandy, I Write The Songs, Piano Man, When I'm 64, Yesterday, I Saw Her Standing There and many others.

"Could It Be Magic was Fabulous! You drew our largest audience this summer!"

"Brian took the roof off COMMA last night.  I really have seen few performers who 'give it all' ...and more, like he does." 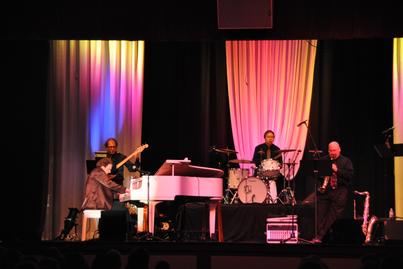 Could It Be Magic

Take an Adventure with Brian & The Fabulous Five